I photoshopped a sampler and posted on FB group for feedback

How the week unfolded

The Octatrack is a sampler I use to create music. The beauty of the Octractrack is that it doesn't require a computer to produce and record sounds. However, i wish it had a few more knobs so I wouldn't have to dive into many menus. During my lunch break i photoshopped a quick concept with features that would make this machine more intuitive and posted it on FB.

I posted the image in one of the Octatrack's groups to get some feedback and the comments immediately started to roll in. Some people were against any changes to the current model and some provided really good feedback. Later that night I ended up revising the concept and posted a few more ideas on FB and Insta.

The FB posts received over a 100 likes and dozens of comments which is a huge amount for me. My typical Insta doodles get ten likes at best. This was a very unexpected and new for me. I got a little taste of what it is like to get a lot of attention on social media.

This new chatter and my admiration for Elektron products inspired me to create an iOS app for the Octatrack. I spent an evening creating a concept and posted a "follow up" onto the FB and Insta.

The next day, Rounik Sethi, Executive Editor for Ask.Audio, who must've been following the FB page, wrote an article of the whole saga and gave me a little nudge to keep going:

I also included the url to this site on my mockups. It was interesting to see new traffic to this site from all over the world to increase from a typical 20 to an astounding 87 visitors per month.

This is the original Octatrack MKii 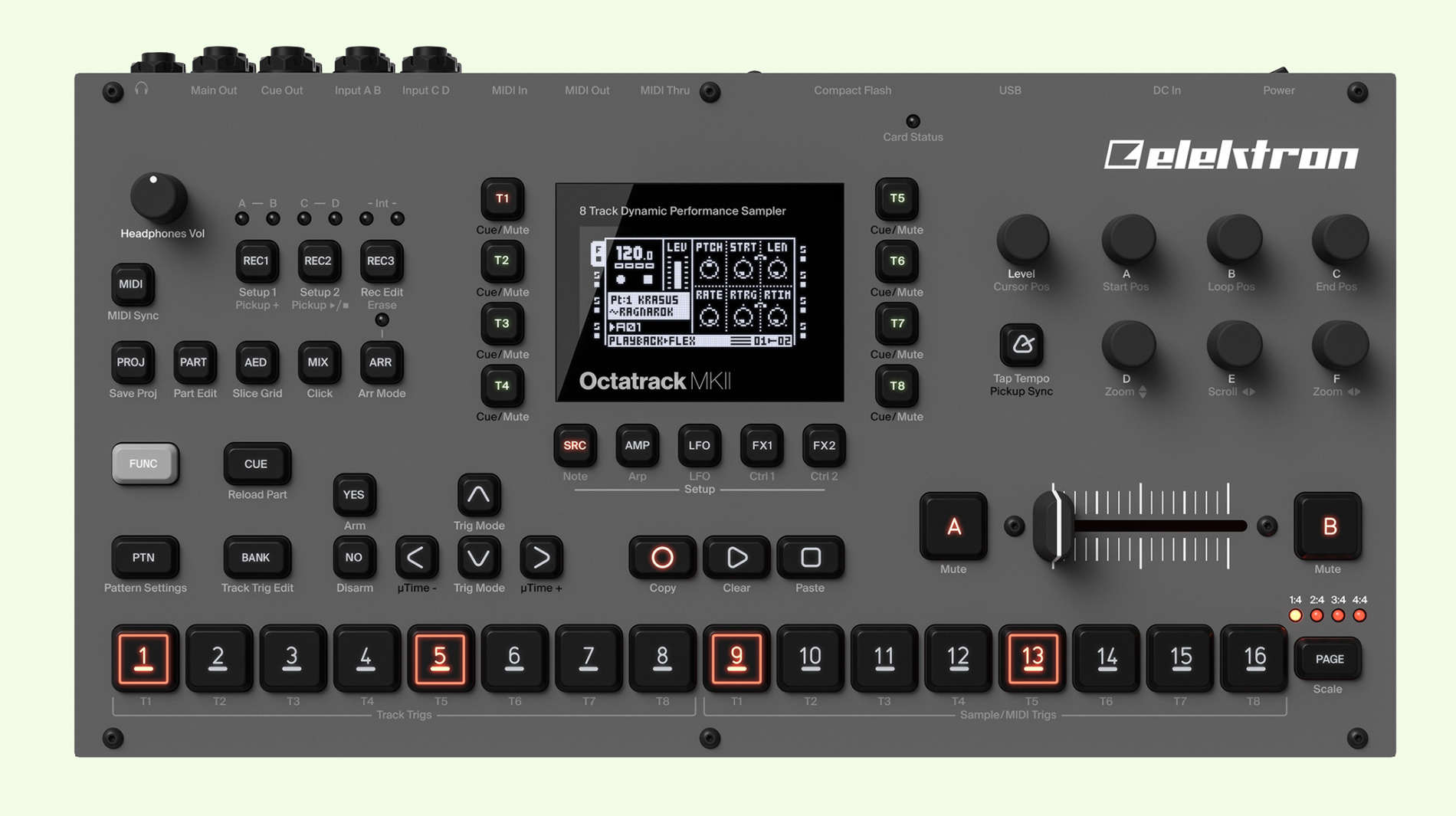 This is the actual sampler that started the whole saga. 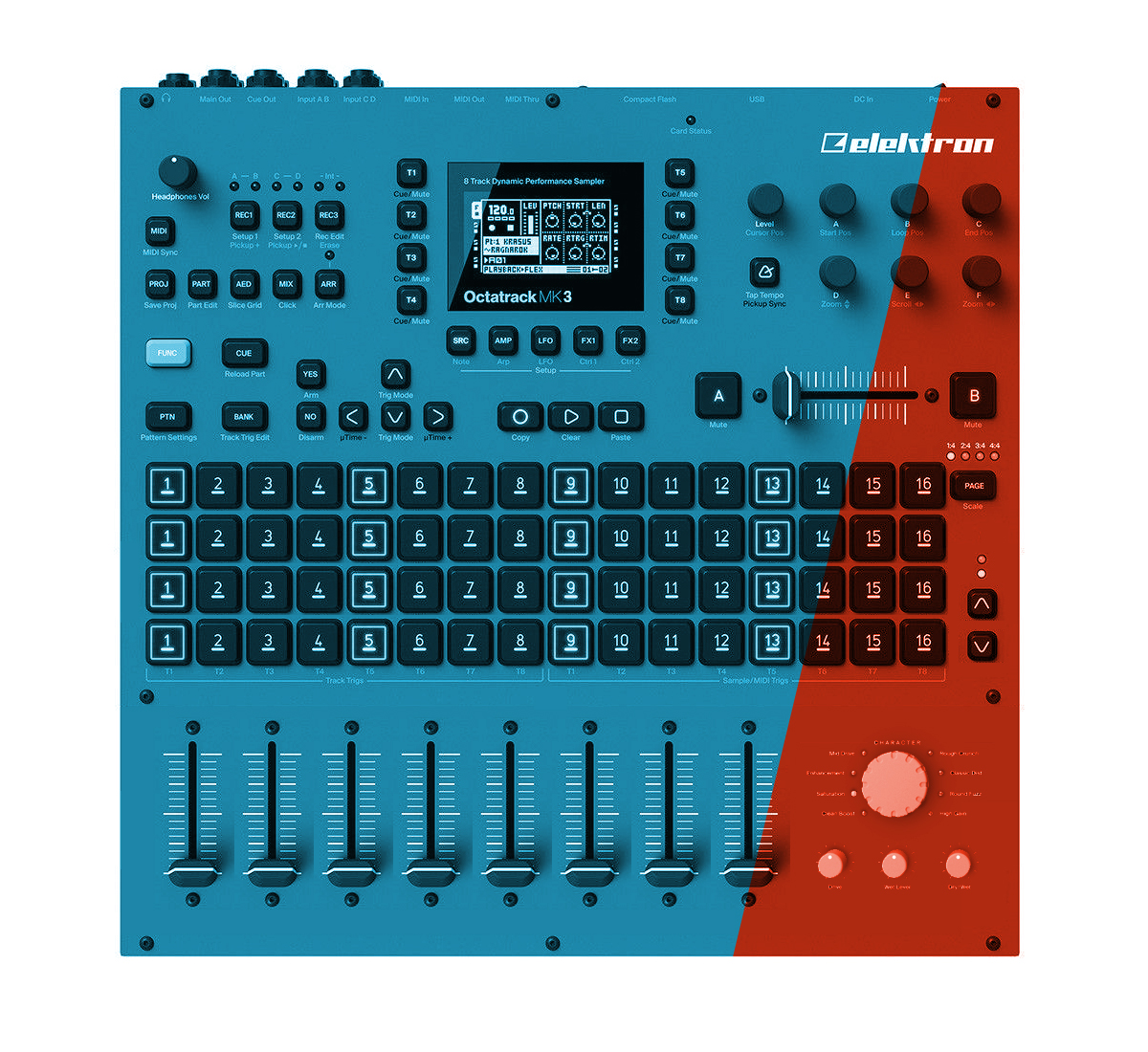 This was the start. Added extra faders; additional rows for sequencing; and Heat for effects. Some interesting comments: 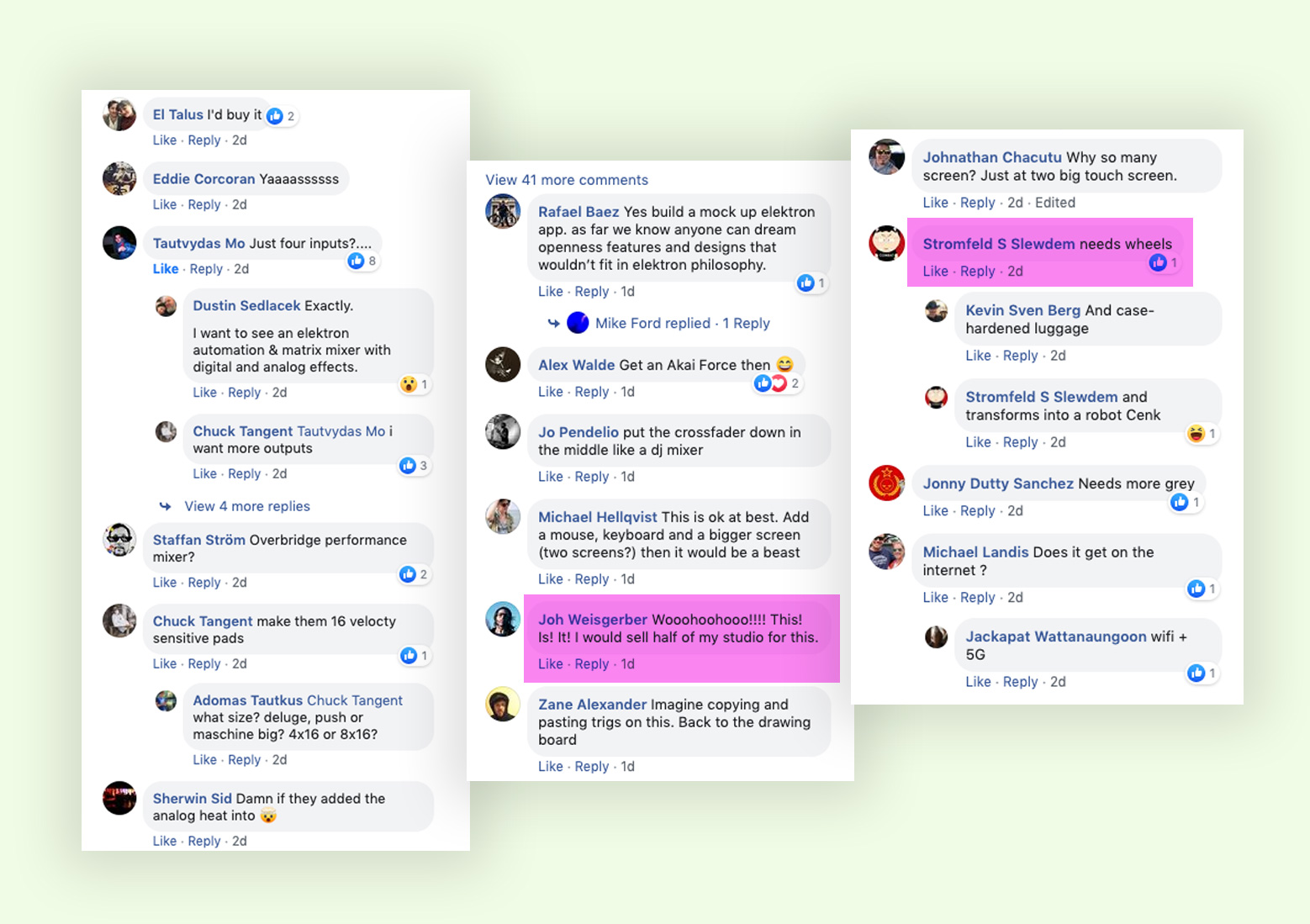 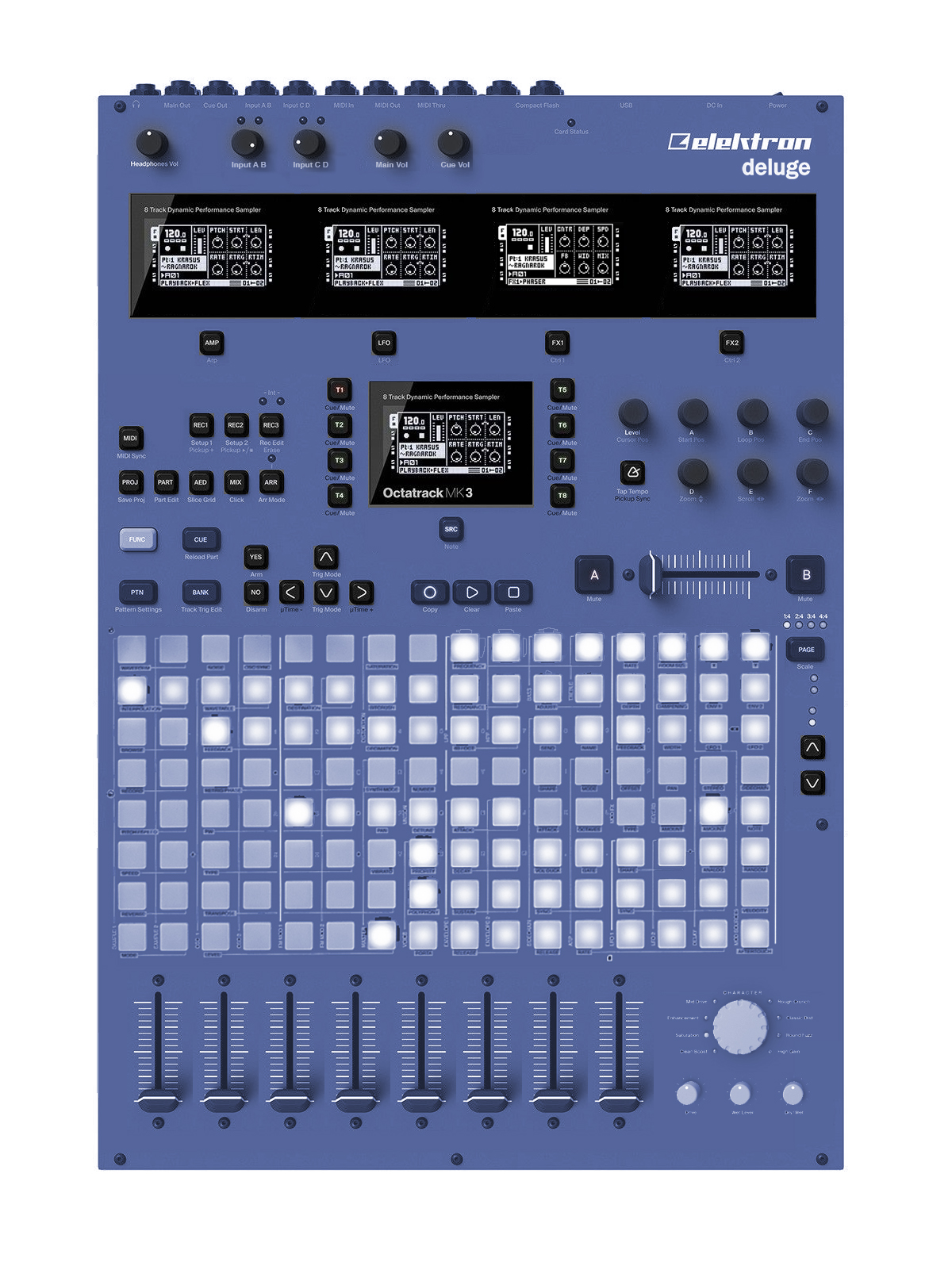 Deluge is also a groovebox but with many more buttons. It's much easier to get the sounds on/off this way. Also added a bunch more screens, each dedicated to Source, Amp, LFO, and two effects buttons. 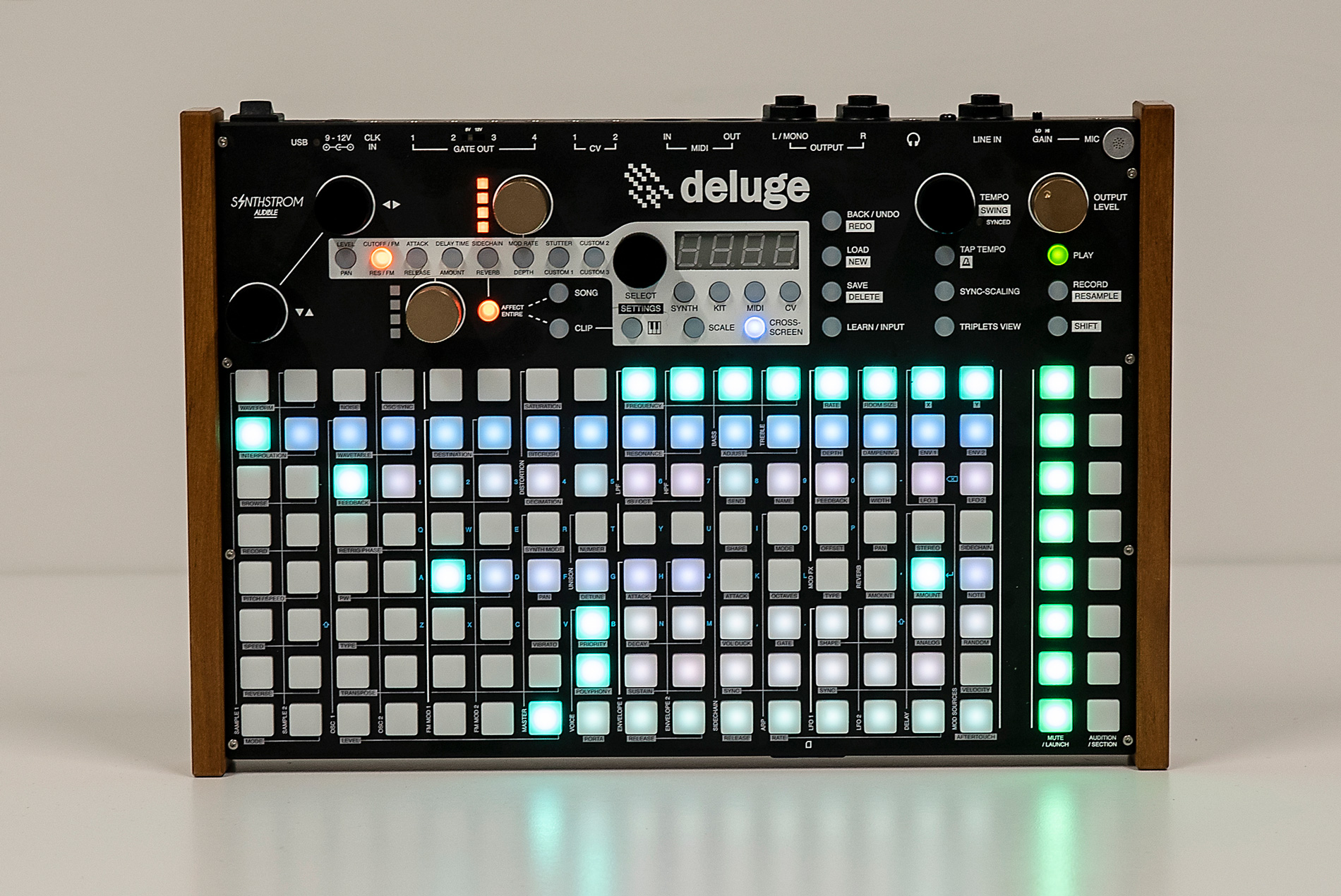 This is the Deluge. Unfortunately I never tried this instrument and I didn't know what functions some knobs do so I only pulled the pad matrix for my concept. 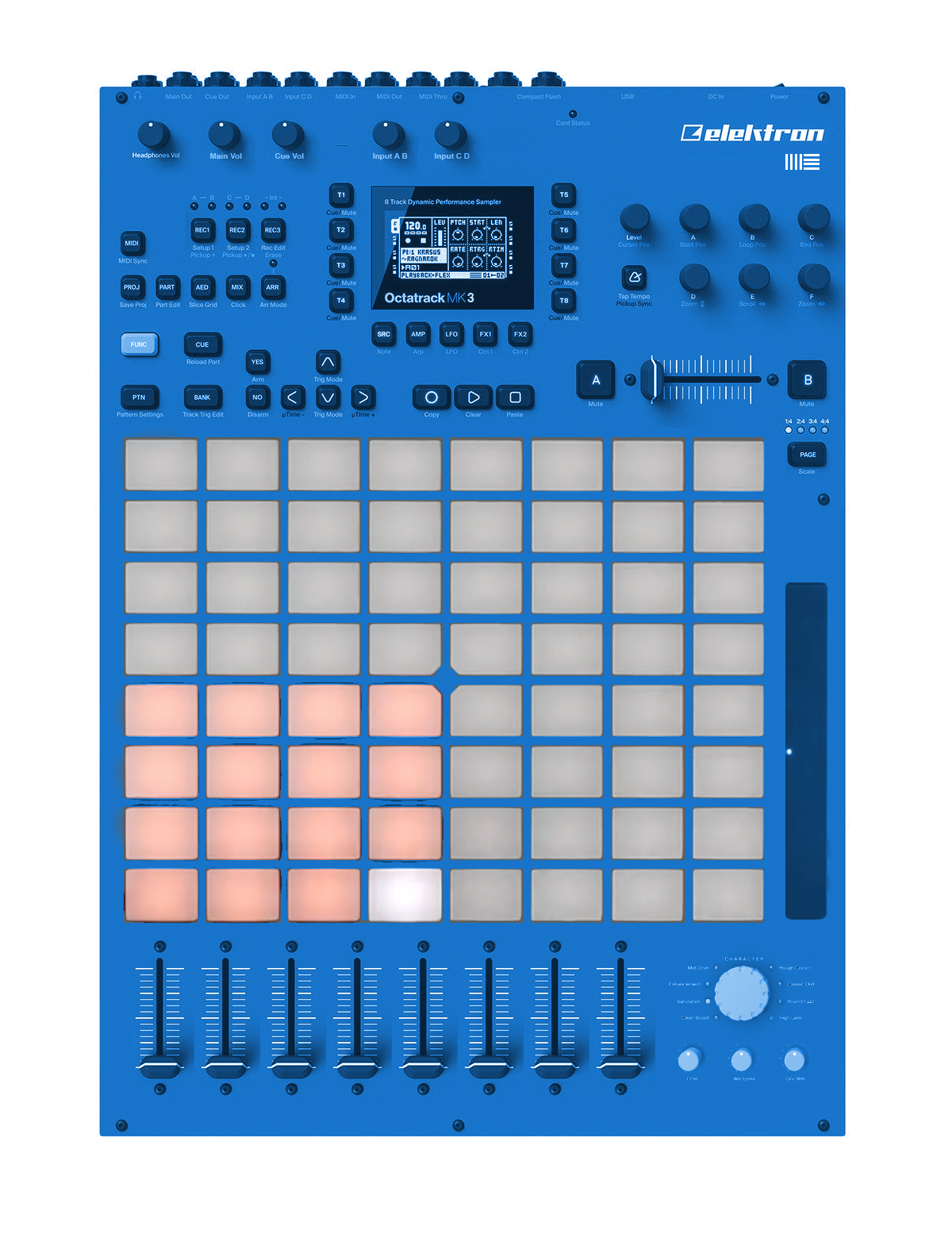 Concept 4 - this is what i really want 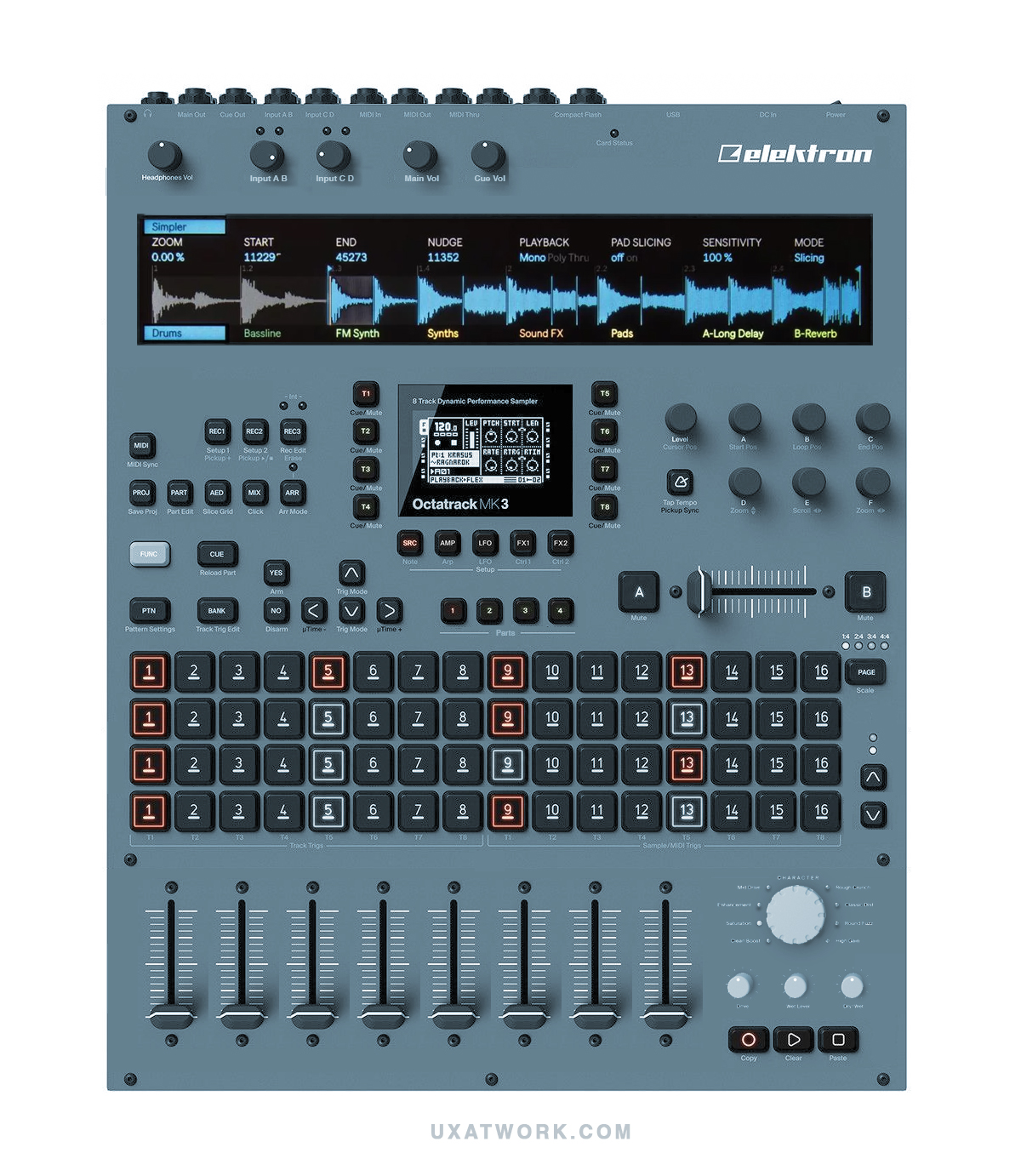 This one I would probably buy.

I was scrolling through the comments on Facebook only to find my concept used as a feature image on an article in ask.audio. 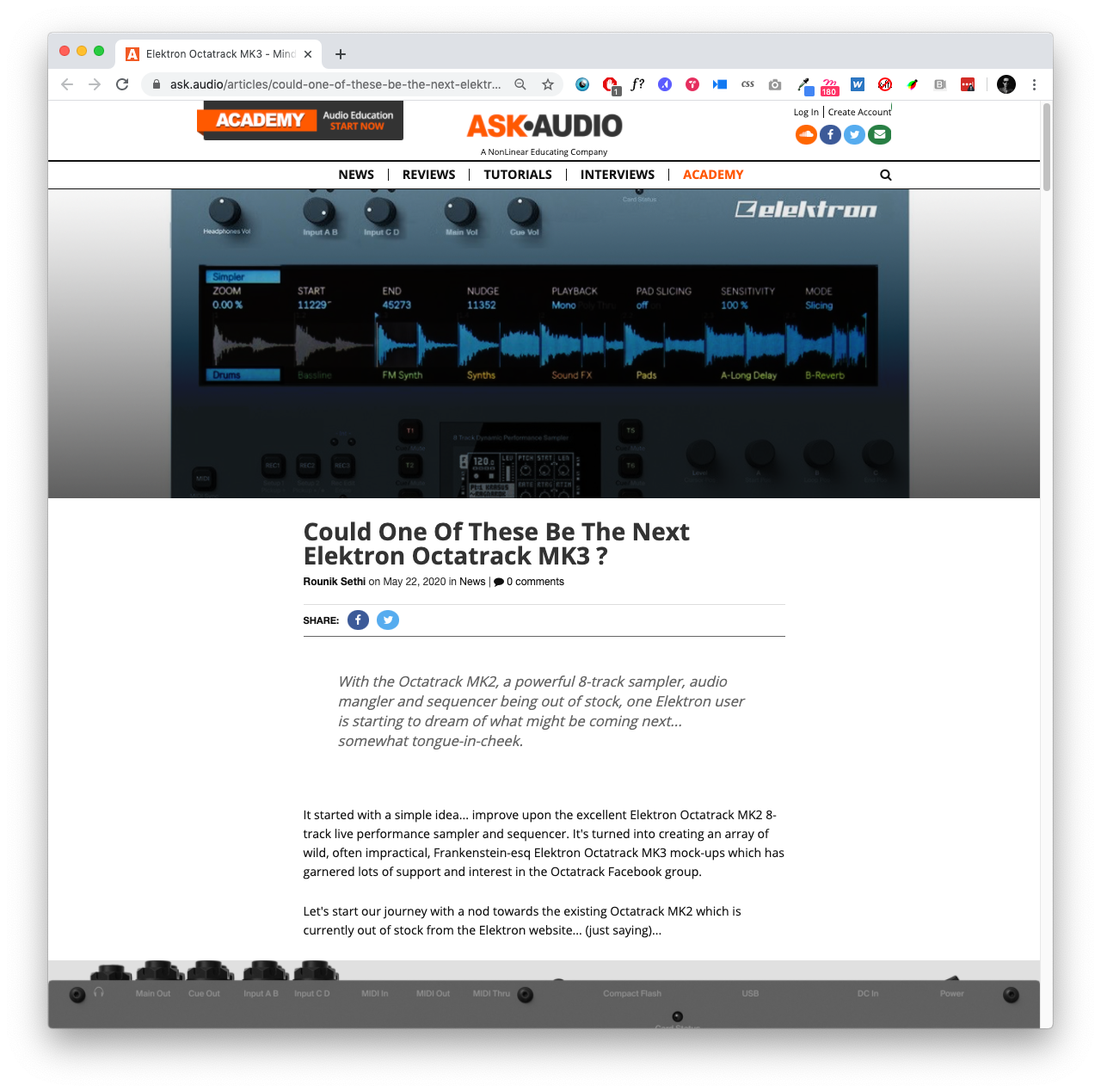 I am not competing for impressions. I use my website to journal my professional experience as well as other work. There are no ad campaigns or promotions driving traffic here. However since I included the url on the mockups, there has been a significant increase in website traffic from all over the world.